Scott and Fran (his “ugly duckling” partner that he races after to dance with at the last minute after turning down the chance to reunite with his old partner and maybe win) do their own dance, including a paso doble with the crowd providing the clapping.

Refreshingly for a movie like this, instead of their being awarded the championship at the end of the movie, the dance floor floods with other couples as “Love is in the Air” plays and the whole idea of trophies goes out the window.

Scott’s parents seem to reconcile as well (she had ditched his similarly-minded father to compete with a more conservative dancer years prior). 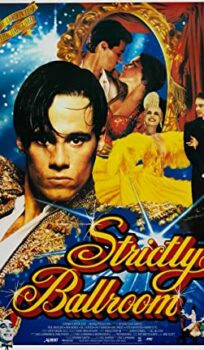