Flashback to the accident scene after the car chase from the beginning of the movie: Jimmy’s father Nick (Dennis Farina) was the first one there, and saw that his son was the serial killer, and let him go away, while Tom’s father Vince (John Mahoney) wanted to shoot him. In a struggle, Nick accidentally made Vince shoot himself.

At the end, everyone meets for a showdown at the family cabin. Nick shoots Jimmy, but Jimmy wears a bullet-proof vest. Jimmy then shoots Nick, who dies. Tom is able to escape. After a boat chase, he fights with Jimmy in the water and kills him. 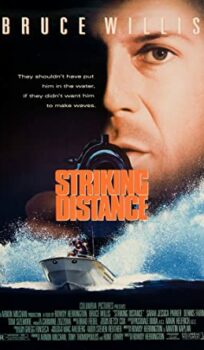