John (Bill Murray), Russell (Harold Ramis), Stella (P.J. Soles) & Louise (Sean Young) save the platoon from the Czechoslovakian Soviet base with the EM-50 Urban Assault Vehicle and occasional assistance from Sgt. Hulka (Warren Oates), and they all cross the border into West Germany and safety. Sgt. Hulka and the four are awarded the Distinguished Service Cross for their actions, and they and the platoon return to the U.S.

Sgt. Hulka retires from the Army and begins a HulkaBurger franchise, Stella makes the cover of Penthouse Magazine, Louise & Russell gives interviews for two separate magazines detailing their experiences behind enemy lines, John makes the cover of Newsworld Magazine, Ox (John Candy) makes the cover of Tiger Beat Magazine with a contest to win a date with him, and Capt. Stillman (John Larroquette) is reassigned to a weather station near Nome, Alaska by Col. Glass (Lance LeGault), as punishment for screwing up the mission to guard the EM-50. 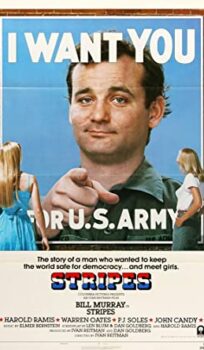