Everything comes to a head at the Rojo family’s sugar refinery: Erin (Demi Moore) coaxes Congressman Dilbeck (Burt Reynolds) into confessing his hand in the murders of her admirer Jerry (William Hill) and Shad’s (Ving Rhames) lawyer Alan Mordecai (Stuart Pankin), as well as the fact that the Rojos were the trigger men, and she secretly records it all on a tape on her boom box that she brought with her. Both were killed because they attempted to blackmail Dilbeck – Jerry to assist Erin in her custody battle against her deadbeat ex-husband Darrell (Robert Patrick), and Alan for his and Shad’s personal gain. She also has an inebriated Darrell (Robert Patrick) – who followed Erin onto Dilbeck’s yacht earlier on in order to find out from her where their daughter Angela (Rumer Willis) was, since she snatched her from him a little while beforehand, and ended up being brought along to the refinery – sign over sole custody of Angela to her.

Detective Garcia (Armand Assante) and Shad – along with an unintentional and unexpected assist from Darrell – save Erin from Dilbeck, his ruthless right hand man Moldovsky (Paul Guilfoyle), and their goons. Then, news crews that Erin called to come to the refinery a day before show up and see the aftermath of everything, and when the cops arrive, they hear Dilbeck’s confessions on the tape and arrest him. The Rojo family and their sugar business is destined to go belly-up as well, due to their involvement in the murders. 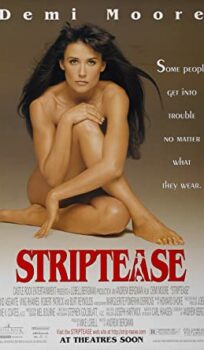