Fred (Cristophe Lambert) uses his ill-gotten gains to create a rock band to perform in the Metro (subway). At the band’s premiere performance, the henchmen finally catch up to Fred and shoot him. Helena (Isabelle Adjani) realizes that she loves him, holds him, cries, and flails against her husband’s hired thugs. Just as it seems positive that Fred has been killed, his eyes open and he begins to sing along (to a song with the ironic title “Guns Don’t Kill People”). The credits roll. 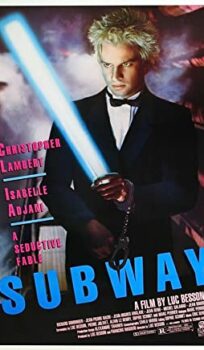