The leader of an African country is assassinated while on a state visit in Malta.  Ziggy is a young boy who is known for telling lies and making up stories.  Ziggy is the only witness, and the sniper knows Ziggy saw him.  Ziggy tells his family, but they think it is just another of his lies.  As the killer and his buddy pursue Ziggy, they kill one of Ziggy’s friends, and the local priest.  The only one who believes Ziggy is his oddball grandfather (Lionel Jeffries).

Ziggy goes to hide in an abandoned building that he often plays in. Grandpa goes there to look for Ziggy.  The killers show up.  It turns out that Grandpa is a retired military officer, and he is quite a defender.  He makes Molotov cocktails, and manages to kill one of the attackers, and get Ziggy out in a car with his sister.  The killer pursues them in a truck. Grandpa gets the police and they go after them.

The killer runs their car off the road, and is trying to push them over a cliff with the truck.  The police shoot the killer, causing him drive over the cliff. 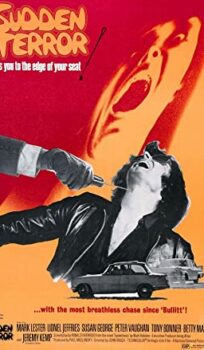