Submitted by Herbmeistr and Carly

Joe Lamb and his friends accidentally witness a train crash in suburban Ohio.

After an adventure, filled with aliens and government conspiracy, Joe finally sees the alien and understands that all he wants to do is leave. The alien makes a psychic link with whatever he touches, so he knows that the kids did not want to harm him.

The alien has been stealing parts of motors and appliances to reconstruct his ship. Once he has generated enough power, all the mysterious cubes release themselves and reform the ship.

As the alien begins to fly off, the magnetic energy tugs at Joe’s locket that belonged to his recently deceased mother. He struggles to hold on but finally lets it go. 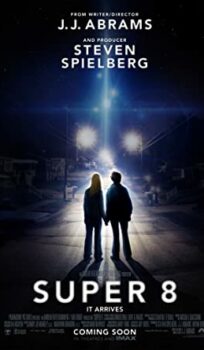