The first film based on a video game – and a film that Bob Hoskins says was the worst thing he’s ever done.

Lena (Fiona Shaw) sticks the meteorite piece into the meteorite, which kills her but merges the dimensions. A fighting King Koopa (Dennis Hopper) and Mario (Bob Hoskins) are transported to Scapelli’s (Gianni Russo) construction site in Brooklyn in the human world while he’s holding a news conference, and when Koopa tries to shoot Mario with a “devolution” gun, he moves, and Scapelli takes the hit and is turned into a chimp. Daisy (Samantha Mathis) and Luigi (John Leguizamo) get the missing Brooklyn girls back to the human world, and then they get the meteorite piece out. Koopa and Mario are brought back to the reptile world, and Luigi and Mario destroy Koopa by blasting him with devolution guns until he becomes primordial ooze. The crowd assembled there cheers the Marios for freeing them from Koopa’s control, and Daisy’s father (Lance Henriksen) returns to normal and takes back control of his kingdom.

Later, Daisy uses the meteorite piece to open the dimensional gates again so Mario & Luigi can return home, and though Luigi wants her to come back with them, she says that she needs to stay, both to get things settled and to get to know her father. They profess their love to each other and kiss, and then the Marios go home.

Three weeks later, Mario and Luigi see the Our Miraculous World TV show acknowledging their efforts in saving the missing girls as well as the reptile world, and are dubbed the “Super Mario Bros.” Then, Daisy makes a surprise appearance, requesting their aid, and they waste no time in donning their plumber’s belts, ready to assist her. 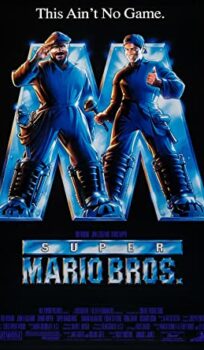