The anti drug blaxploitation film with a soundtrack by Curtis Mayfield.

Priest (Ron O’Neal) is a drug pusher who decides to get out of the business. The cops try to keep him in so they can shake him down, but Priest lets them know he has contracted Mafia killers as an insurance policy in case he is killed.

Priest drives off in his Eldorado that has to be seen to be believed. 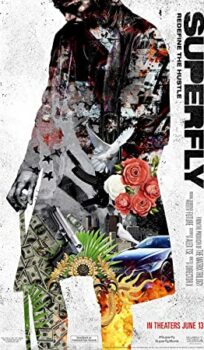