Short Version:
The suspect (Liam Neeson) is not the murderer; Judge Helms (John Mahoney) is.

Long Version:
During her own personal investigation, Kathleen (Cher) finds a cassette tape in Elizabeth’s (Katie O’Hare) car. When she plays it, she finds it contains a confession from Justice Lowell (Thomas Barbour), the man who committed suicide earlier in the film.

He confesses how, in 1968, he agreed to drop charges against a defendant in a case in exchange for an appointment to the U.S. circuit court. He had accomplices who also benefitted, one of them being Judge Helms, who was the prosecuting attorney at the time and was awarded the seat he now held. Lowell came to regret accepting the bribe and became deeply depressed. Elizabeth found out about what he did and confronted him, so he decided to come clean. Before killing himself, he made the tape, and instructed her to tell his accomplices about how he was coming clean on everything and also to play the tape after his death.

Though Helms didn’t find the tape, he killed Elizabeth and dumped her body where it was found to keep the truth buried. Carl, the suspect, got blamed because he took her wallet from her corpse and because he got violent with the police when they tried to arrest him.

Helms realizes that Kathleen is on to him and tries to kill her in disguise one night, but is unsuccessful. The next day, Kathleen confronts Helms in court about the contents of the tape, and Helms is last shown about to be placed under arrest. Carl is exonerated, and Kathleen finally begins a romantic relationship with the juror Eddie (Dennis Quaid). 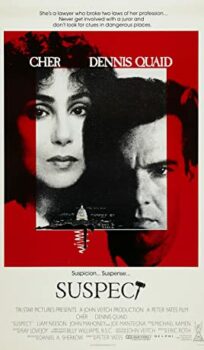