Metahi, a Tahitian boy, falls in love with the girl chosen for the annual ritual sacrifice (Anna Chevalier, billed as “Reri”), though she is “tabu” (forbidden) to all men. She escapes with him, and they try to elude both chief Hitu and the white authorities. He becomes a pearl diver, and soon earns enough for them to get a ticket on a schooner. But Chinese merchants trick him into an unwanted debt, and the only way to get the ticket to get another pearl. He dives into a lagoon with a man-eating shark and manages to escape with a pearl.

Meanwhile, Hitu has found Reri and she promises to go with him if he spares Metahi’s life. On his return he finds the farewell note she penned him. He races off in pursuit, first by boat, then swims up to Hitu’s boat. He grabs hold of a rope but Hitu cuts him loose. The exhausted Metahi drowns without Reri’s knowing. 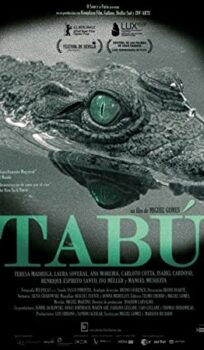