Dewey Hughes (Chiwetel Ejiofor) manages to book Petey Greene (Don Cheadle) on the Tonight Show. Petey does not want to make himself mainstream, so he goes out and tells the audience that they aren’t ready for him (he says this in a more offensive way). Backstage, Dewey has a breakdown because the Tonight Show was his inspiration growing up and fights with Petey. Because of this, they are both arrested. At jail, Petey tells Dewey he didn’t want to be a nationwide hit, which is what Dewey wanted. They are bailed out and Petey tells Dewey to stop trying to chance him.

Years later, Vernell (Taraji P. Henson) meets up with Dewey and tells him how Petey misses him. Dewey meets up with Petey at the pool hall and they make and confess that they made each other who they are.

Petey dies at 53 of cancer. Over 10,000 people attended his funeral, the people gathering in DC history for a non-elected official. Dewey’s radio station ended up becoming Radio One Network, one of the biggest radio network in the US. 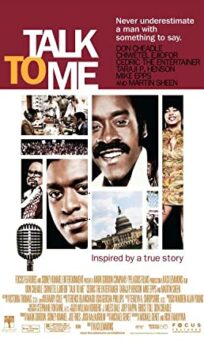