Zack (James Garner), his son Billy (Thomas C. Howell) and Sarah (Jenilee Harrison) make it to the Tennessee border met by two opposing groups; the corrupt Sheriff Buelton (G.D. Spardin) along with a loyal posse, and numerous civilians who consider Zack, Billy, and Sarah to be folk heroes who are fighting a corrupt system.

Buelton is able to stop the tank with a rocket, disabling its engine. Knowing that they cannot get a fair hearing until they cross state lines, groups of sympathetic citizens tie a line to the tank to drag it across. Buelton and his men try to keep Zack from escaping, but fail. Zack, Billy, Sarah cross with the tank over the state line and are given a hero’s welcome. The film ends there, but it is clear that once the full story is told, Buelton, his corrupt deputy Baker (James Cromwell), and countless others in their local police force will be going to jail for a long time on corruption, bribery, and prostitution charges. 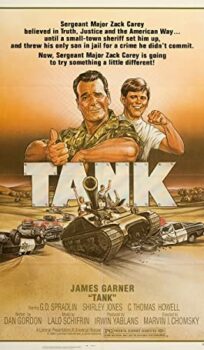