The crazy Donny (Gioivanni Ribisi) and his rotund son Robert kidnap Ted. Ted makes a panicky phone call to John (Mark Wahlberg), who rides with Lori (Mila Kunis) to try to rescue him.

After a lengthy car chase, Ted escapes into Fenway Park, pursued by Donny. Ted climbs up a floodlight tower, but Donny follows him upand tears him apart. John and Lori find all of Ted’s parts and stuffing an try to sew him together, but to no avail: Ted is dead.

That night, Lori makes a wish on a star, and the next morning, Ted is alive again. John is overjoyed, and asks Lori to marry him.

At the end we learn: 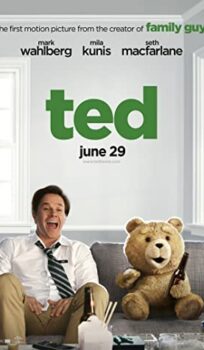