Vernon helps April stop Sachs, after finding out that he killed her father. April heads to the roof of the tower and helps the four turtles stop Shredder from spreading the deadly toxin to the city. Shredder falls to the ground while the turtles hold onto the radio spire which cushions their fall. Shredder’s hand is seen clenching into a fist as people gather around him and the turtles retreat to the sewer.

Donatello administers the mutagen to heal Splinter, who awakens and thanks his sons for rescuing him and the city. Later, Vernon meets April in his new car provided by Channel 6 after the van was destroyed, but the turtles show up in their new and improved Turtle Van, accidentally destroying Vernon’s new car by launching a missile at it. The four roll off as April and Vernon head for a subway station. 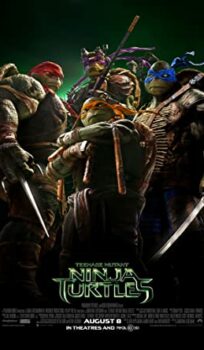