Single father Terry Bernard (Josh Lucas) gets a heart transplant and starts having weird heartbeat patterns when he is around certain people. When he confronts said people, he sees flashes of the previous owner of his heart being killed, causing him to snap and kill them.

It turns out the men he was killing were part of an organ smuggling ring. They would seek out terminal patients and kill them for their organs, then selling them for the highest bidder. The leader of the ring, Lethe, finds out who Terry is after then after he kills four of the conspirators, setting a trap at Terry’s home, taking him and Elizabeth (Lena Hadley) hostage.

They put Terry in a tub where Terry reveals his connection to the murder victim Vieillard who had targeted the men out of revenge for his and his wife’s murder. The final conspirator, The Surgeon that did Terry’s transplant, injects him with potassium chloride to stop his heart and kill him. At that point, Detective Doren (Brian Cox) who had been helping Terry shows up and kills Lethe. The Surgeon kills Doren and then tries to kill Elizabeth. Terry comes back to life thinking of Vieillard’s wife being murdered and kills The Surgeon with a defibrillator.

A month later at his daughter’s birthday party, Elizabeth and Terry meet up again, and Terry asks for no more secrets. Elizabeth revealed that she bought his heart. She had started to fall in love with him and didn’t want his daughter to be an orphan, so she went to someone in the hospital to get it so he wouldn’t die. She said she did it out of a sacrifice for someone she loved. Terry looks at her in utter shock as his heart beats irregularly, implying that the spirit of Vieillard will want to kill her too for her indirect role in his death. 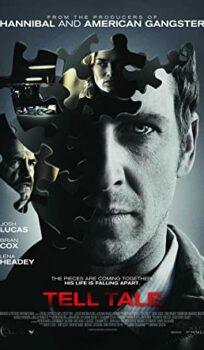