SkyNet created Marcus Wright (Sam Worthington), a human-machine hybrid, with the intent to track down Kyle Reese (Anton Yeltin). This would allow the machines to capture Kyle, which would then in turn lure John Connor (Christian Bale) to SkyNet headquarters in San Francisco to rescue Kyle.

The plan works, but Marcus’ humanity takes over. His feelings of betrayal and being used were not anticipated by SkyNet. Marcus refuses to continue to go along with SkyNet’s scheme, and rips out the controlling chip in his brain. Marcus helps John Connor and the captured humans escape from SkyNet and then blow up SkyNet’s headquarters.

Unfortunately, in the battle at SkyNet, John Connor was seriously wounded. It looks like he will die. Marcus steps forward and offers his heart, sacrificing himself so that John Connor can continue to lead the resistance.

In the final voice-over, John Connor says that the battle is won, but the war continues, as there are other SkyNet locations around the world. 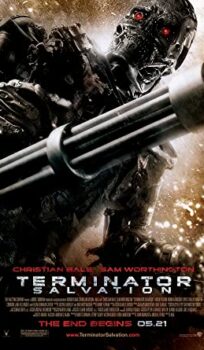