Heather Miller (Alexandra Daddario) and Jed aka Leatherface (Dan Yaegar) are the only remaining members of the Sawyer family. Heather realizes that her adoptive family along with the Mayor, had a part in the murder of almost all her relatives, including her birth mother.

Mayor Burt Hartman (Paul Rae), realizing Heather knows everything about her past, decides to kill her to cover up his crimes.

Leatherface almost kills Heather but recognizes her as his cousin from her birth scar from the fire. Together they kill Hartman with Sheriff Hooper’s (Thom Barry) consent as he believes Hartman is responsible for all the murders and his pursuit of vigilantism even caused more deaths. Hooper tells Heather to “clean this mess up.”

Heather and Leatherface go back to the house and Heather reads her grandmother’s letter. In  it, her grandmother says she will receive her house and all her assets as long as she watches over Jed and take care of him; in return Jed will listen to her and be compelled to protect her. Despite the fact that Jed killed some of her friends, Heather knows he didn’t know any better given his mental capacity. Heather decides to stay since she has nothing to go home to anyway, reasoning she can prevent him from harming anyone ever again (since she is family, he will listen to her). Leatherface closes the metal door to his basement shut and the film ends. 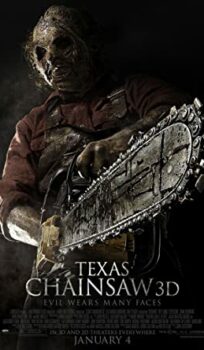