Over time, Jason’s (Zac Efron) and Ellie’s (Imogen Poots) relationship grows stronger and stronger, and they eventually get intimate, Daniel (Miles Teller) starts dating his wingman Chelsea (Mackenzie Davis), and Mikey (Michael B. Jordan) repairs his marriage with Vera (Jessica Lucas). However, the guys keep their relationships secret from each other because of the pact they all made to stay single, and they don’t let their respective love interests know about their pact, either. One night, while Jason is hanging out with the guys, he gets a phone call from Ellie, who tells him that her father – whom he got acquainted with at her birthday party a couple of days before – has suddenly died, and his funeral is scheduled to be held on Thanksgiving. He subsequently becomes conflicted over whether or not he should attend the funeral with her because he believes that, if he does, it will officially make them a couple.

On Thanksgiving, Daniel goes to Chelsea’s parents’ place to attend her family’s Thanksgiving dinner party while Mikey prepares to have dinner with Vera in their apartment, and Jason gets ready to attend the funeral, having promised Ellie that he would go. However, Mikey discovers that Vera is still sleeping with Harold (D.B. Woodside) after he finds one of his jackets in their closet, and when Vera comes home, he confronts her about it. They argue until she tells him that they have no future together, and before he leaves, he gets her to actually say that she doesn’t love him anymore. Meanwhile, as Jason is riding in a taxi towards the graveyard where the funeral is being held, he comes to decide that he can’t fully commit to Ellie, so he has the taxi take him to Chelsea’s parents’ place instead. Not long afterwards, Mikey shows up there as well.

When Jason goes into the bathroom to relieve himself, he catches Daniel and Chelsea as they are about to have sex in the shower, and Daniel tries to lie to Jason by saying that he and Chelsea aren’t dating, which angers her. Mikey then walks in, and when they all ask why he is here, he informs them that he was with Vera, and though he tried to work things out with her, their marriage is finished now. Jason gets upset with his friends for not honoring their pact and brings up how he blew off going to a funeral for both of them, but Mikey replies that he didn’t do any of that for them; he did it for himself because he wants them to be just like him, and he can’t think of anything he wants more than to be nothing like him. Out of anger, Jason brings up to Mikey that Vera is having sex with another guy, prompting Mikey to punch him in the face. After Daniel and Chelsea separate them, Jason renounces his friendship with both men, and they all leave the house and go their separate ways. Over the next couple of days, Jason comes to regret what he did to Ellie, so he stops her outside of her apartment building one day wanting to speak to her. However, she lets him know that he hurt her deeply for not being there for her when she really needed him, and she hands him the key to Gramercy Park that they earlier stole before severing her ties with him.

A night or two later, Jason tries to have sex with Alana (Addison Timlin), one of his casual flings, but he soon tells her that he can’t bring himself to do the deed with her because he has made a terrible mistake, and what he really needs right now is someone to talk to. She replies that she has no interest in filling that role and asks if he has any friends for that, which prompts him to first reconcile with Mikey at his new apartment, and then with Daniel the following day. After Daniel tells him all about how he likes Chelsea and everything about her, Jason encourages him to go to her and tell her how he feels. Unfortunately, when Daniel runs out into the street to do just that, a passing taxi strikes him, and he is taken to a hospital. Later, while Daniel is lying in his bed talking to Jason and Mikey, Chelsea appears and asks Daniel what he was doing that caused him to get hospitalized. Daniel replies that he was running to tell her how sorry he is for not telling his friends that they were dating, and he officially gives her this apology along with adding that he really does want to date her. She replies that she wants that, too, and they kiss. Mikey takes his leave from the room to call up “Glasses” (Kate Simses), a lovely woman he clicked with at a bar back when he first split with Vera, and they arrange a date.

Two months later, Jason has still not reconciled with Ellie, but it is clear that she is never far from his thoughts. While he is hanging out with Daniel and Mikey one night, Daniel brings up how he had posted a “funny-cute” video on Ellie’s Facebook page recently, and this helps Daniel and Mikey to realize that he loves her and tell him that he must tell her so. After they find out from Jason that she is presently holding one of her monthly book lectures that have few attendees, they tell him to go there and pour his heart out to her, and they decide to come along with him to witness it. However, when they get there, they discover that the lecture has a full audience this time, and Jason initially cannot figure out a way to speak to Ellie. Ultimately, he decides to make a scene by improvising a book reading, where he talks about the first time that they ever met and how he would like to go back to that moment, and he tearfully apologizes for not being there for her in her time of need because he was too scared to accept that she was the one for him. He asks her for one more chance, and without stating it plainly, he asks for her to meet him at Gramercy Park if she is willing to give him that chance.

The movie then cuts to the beginning, where Jason is sitting on a bench in Gramercy Park at 2:18 a.m. and has been waiting there for Ellie for almost four hours. She soon shows up, and the conversation starts with Jason asking “So?”, which he earlier stated is the word that starts a conversation at a critical moment in a relationship where it must either become more serious or be brought to an end (though it is safe to assume that his and Ellie’s relationship will resume). 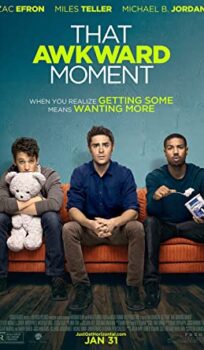