Wealthy lawyer Newland Archer (Daniel Day-Lewis) is bored with his sweet but naive young wife May (Winona Ryder) , and has fallen in love with the more exotic, sophisticated and worldly Countess Ellen Olenska (Michelle Pfeiffer).

The Archers throwing a hugely successful party at their home. During the party, Ellen announces that she is moving to Paris. Archer resolves to leave his wife May and marry Ellen in Paris. But after the party, when he is alone with May, she announces that she is pregnant. She also reveals that she had earlier told Ellen about the baby- that was why Ellen decided to leave Archer and move fare away. Archer realizes he cannot leave his wife. He stays with her faithfully and happily for decades, and they have several children, before May dies.

As an old man, Archer visits Paris with his adult son. The son tells Archer that May was not so naive after all- she knew that Archer was in love with Ellen. On her deathbed, May told her son that Archer was a wonderful man who had given up the thing he wanted most in the world for May’s sake.

Archer’s son has been invited to Ellen Olenska’s Paris apartment, and Archer is invited, too. They go to the apartment, but at the last minute, Archer decides that too much time has gone by and decides not to go upstairs with his son. Archer looks up at Ellen’s window, wistfully remembers his time with Ellen and reflects on what might have been… but then turns and slowly walks back to his hotel.. 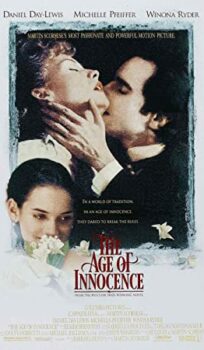