Ryan (Ryan Slater) and Ling (Yi Ding) make it to the Four Sisters mountain range, and they decide to climb up and over it to get to the reserve instead of spending a day going around it, since Johnny was dying of depression over being separated from his mother. They begin their ascent, unaware that the poachers are following them. On a different part of the mountains, Michael (Stephen Lang) and Chou (Wang Fei) spot Ryan and Ling, and head in their direction.

Just after Ryan and Ling make it to the top of the Four Sisters, the poachers approach them. Ryan and Ling fight them, but in the midst of it, Johnny gets thrown onto a tree branch hanging over the cliff side. Michael then appears, and he beats down the poachers and helps Ryan save Johnny.

With the poachers tied up in the back of Chou’s tractor, the four quickly head back to the reserve with Johnny to get him to his mother. When they arrive, they see the budget committee leaving on their bus, so Chou puts his tractor in the path of the bus to stop it. Mr. Hsu (Li Zhen Dou) gets out and tells Michael that he has closed down the reserve, but when he sees Ryan carrying Johnny into the reserve, he believes that Johnny was bred there, so he changes his mind and tells Michael the reserve will stay open.

After Ryan reunites Johnny with his mother, Michael decides to hire Ryan on for the coming summer to take care of them, much to his delight, and he and his father hug. 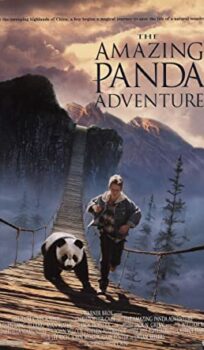