It turns out that there Marvin (Rob Schneider) and Rianna (Colleen Haskell) are both Animals. Marvin didn’t hurt anyone. Rianna attacked the hunter because he may have killed one of her pet birds. Miles tried to take the blame. The mob who hunted the “animal” decides to let him (Miles) go.

The animal’s creator goes on to win the Nobel Prize. Marvin and Rianna have two kids (apparently also with animal instincts). 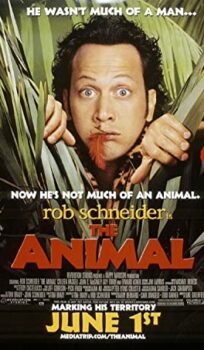