SHORT VERSION:
John and Emma find out that Father is in league with De Wynter, and he had created a clone of Emma in order to have suspicion cast on her for the Prospero Program’s initial sabotage and throw people off of his scent while he recruited the project’s scientists over to his BROLLY organization to gain control of the program. Once they create the Prospero weather machine for him, he kills them all so he can gain all of the profits from it. One day, he makes the weather in London turn spiteful, and he visits the World Council of Ministers and warns them that, if the people of the world don’t start buying the weather he sells from his Wonderland Weather company by midnight that night, or if anyone tries to stop him, then he will use the Prospero machine to bring annihilation upon everyone through unbearable weather.

Emma kills both Father and the clone, and she and John head to De Wynter’s base to put a stop to him. Emma kills De Wynter’s top henchman Bailey and deactivates the machine, but accidentally starts an auto-destruct sequence for the base upon doing so. John fights De Wynter as a storm rages in the weather silo they’re in, and he ends up impaling De Wynter with his own staff. Lightning then strikes it and raises the electrocuted De Wynter up to the roof, where he disappears in a flash of light. John and Emma then take shelter in De Wynter’s control room as his base explodes, and they bob up in the Thames River alive and unharmed.

The movie ends with John and Emma having a celebratory glass of champagne with Mother.

LONG VERSION:
After John (Ralph Fiennes) and Emma (Uma Thurman) fail in an attempt to find out what De Wynter (Sean Connery) is up to, Father (Fiona Shaw) – having taken control of both the case and the Ministry away from Mother (Jim Broadbent) – has Emma arrested and sent to the interrogation room and security restrictions placed on John. However, thanks to Mother’s secretary Brenda (Carmen Ejogo), John is able to get into the Ministry’s Archives to speak to Colonel Jones (Patrick Macnee), an invisible agent posted there, about the Prospero Program, and he shows him a map he had earlier acquired in a fight with De Wynter’s top henchman Bailey (Eddie Izzard) and his cronies. Meanwhile, De Wynter activates the Prospero device and causes the weather in London to turn spiteful.

During his time with Jones, John realizes that De Wynter and Father are partners in crime, and he has used his knowledge from his days running the Ministry’s cloning program to create a clone of Emma. They also discover his base of operations to be a secret former Ministry installation sold to him years ago that lies on an island in the Thames River, and they believe he is most likely controlling the weather from there (De Wynter had been recruiting scientists from the Prospero program into his BROLLY [British Royal Organization for Lasting Liquid Years] group in order to gain control over the program, and then killed them once the weather device was finished so he could gain all of the profits from it. He also had the clone of Emma created to cast suspicion away from him and onto her for the project’s initial sabotage so he could work on his plans without any interference). Meanwhile, Father brings the Emma clone into the interrogation room and the real Emma is knocked out and taken away, and De Wynter appears before the World Council of Ministers and warns that, if the people of the world do not start buying the weather he sells from his Wonderland Weather company by midnight that night, or if anyone tries to stop him, then he will use the Prospero device to bring annihilation upon them all through unbearable weather.

Mother then learns of Father’s betrayal from Alice (Eileen Atkins), so he personally blocks the path of Father and the Emma clone as they are leaving with Emma, but he is easily overpowered and knocked down. The villainesses take off with Emma in a high-altitude balloon back to De Wynter’s base, but Emma regains consciousness and gets outside the cockpit as they are distracted with flying the balloon. She proceeds to disconnect the gas lines, knocking it off course and making it lose altitude, but this gets the attention of the Emma clone, who comes outside and starts fighting her. Emma eventually falls off of the balloon and lands unharmed into a snow drift, and the balloon crashes into the Wonderland Weather sign and explodes, killing her kidnappers. John then finds Emma, having tracked her down through the micro-tag he placed in her boots that he had given her, and they kiss. They then head for De Wynter’s base.

Soon after arriving there, John and Emma find the dead bodies of several Prospero scientists, and then they enter a weather silo to find De Wynter and his weather machine. Emma spots the machine, so she decides to tend to that while John continues to search for De Wynter. As Emma crosses the cables to reach the machine, Bailey suddenly appears, and they do battle until she breaks loose the cable his safety harness is latched onto, and he falls to his doom. John confronts De Wynter as a vicious storm starts raging in the silo, and they battle until John impales De Wynter with his own staff, and then a lightning bolt strikes the staff and lifts the electrocuted De Wynter up to the roof, where he disappears in a flash of light and the storm ends. Emma deactivates the machine and jumps down into the water below, but upon getting out and meeting up with John, the deactivated machine initiates an auto-destruct sequence that starts to blow up the whole base. John and Emma go into the control room searching for an escape, and then we see the island explode. The next morning, John and Emma bob up in the control room in the Thames River, alive and unharmed, and London’s weather has returned to normal.

The movie ends with John and Emma having a celebratory glass of champagne with Mother. 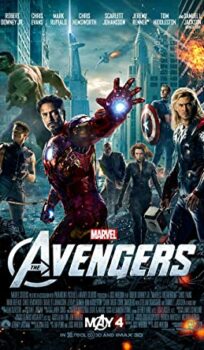