This movie combines Lon Chaney Jr.’s “The Wolf Man” with Agatha Christie’s “And Then There Were None.”

Tom Newcliffe (Calvin Lockhart), a wealthy big game hunter, invites a large group of people to a secluded island, where he announces that one of them is a werewolf, and that he plans to kill that person. Over the next few days, several people suffer violent deaths, as does Newcliffe’s dog.

At dinner, Newcliffe forces each member of the party to put a silver bullet in his or her mouth, thinking this will force the werewolf to appear. To his horror, his wife turns into a werewolf, and he is forced to kill her. Apparently, she was infected with lycanthropy by touching the bloody body of her beloived, dead dog. However, Newcliffe knows that she could not have been the original werewolf, because she was with him when other people had been killed.

At this point, SOME releases of the movie contain a break, in which the viewer is challenged to guess who the real werewolf is.

Newcliffe pursues the werewolf into the woods, and gets into a fight with it, He shoots the werewolf and kills it. He finds that the werewolf was Jan Gilmore (Michael Gambon), the concert pianist. Sadly, during the fight with the werewolf, Newcliffe was bitten. Knowing that he is doomed to become a werewolf himself, he goes into a locked room and shoots himself. 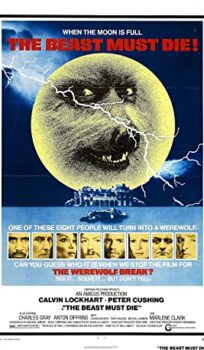