Stourley Kracklite (Brian Dennehy) is an American architect who is in Rome with his wife Louisa (Chloe Webb) to construct an exhibition dedicated to the architecture of Boullee, who is Kracklite’s favorite architect. They expect to be in Rome for nearly a year. Once there, Stourley begins to have severe stomach pains, which he believes is due to his wife poisoning him. This begins his obsession with his belly, which lasts throughout the movie. While working on the exhibit, he also clashes with his Italian architect counterparts, particularly with Caspasian Speckler (Lambert Wilson), who has made it known that he should be the one to construct the exhibition.

A couple of months after arriving in Rome, Louisa announces she is pregnant with Stourley’s child, but he doesn’t notice due to his work. Angry that her husband doesn’t pay attention to her anymore, Louisa quickly falls for Caspasian’s charms and begins an affair with him. Once he finds out about the affair, Stourley returns the favor by having a one-night stand with Caspasian’s sister. This leads to Louisa walking out on Stourley and into the arms of Caspasian. While all this is going on, his stomach pains are getting worse.

After visiting with several doctors, Stourley finally gets the diagnosis: his wife wasn’t poisoning him; he has terminal stomach cancer. Having lost his wife, unborn child, and now facing his own mortality, Stourley’s work on the exhibit suffers so much that he is fired from the job less than two weeks before the opening and is replaced by Caspasian. On the opening night of the exhibit, everyone is looking for Stourley, who everyone agrees deserves most of the credit for the exhibit. He has actually climbed to the top of the museum and begins emptying his pockets. Just as Louisa, who is there in Stourley’s place, officially dedicates the exhibit, she goes into labor. At the same time, Stourley jumps from the top of the museum and lands on Caspasian’s car, killing himself instantly. 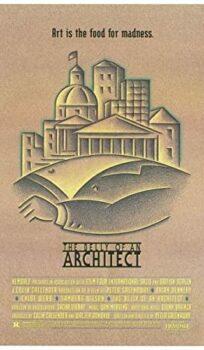