Originally filmed as a TV pilot, it was turned into a stand-alone movie when the series wasn’t picked up.

POOPER
After realizing that they may never be able to leave, everyone is willing to call Alien Oceanus their new home, but John won’t give up looking for a way to get them off the island.

LONG VERSION
Dr. John Everman (Sam Behrens), his wife Dr. Grace (Susanna Thompson), and their kids Annie (Lisa Jakub) and Sam (David Gallagher), are on a family vacation in the Caribbean.  They charter a boat captained by a young man named Michael (Michael Reilly Burke) and begin their voyage into the Atlantic.  They are barely out of port when things begin to go wrong.  First, the boat’s fuel injector breaks, followed by the radar, compass, and radio.  Then both of the kids come down with a fever, and finally an unexpected total solar eclipse occurs.  During the eclipse, the boat strikes what appears to be an iceberg, breaking it apart and throwing everyone overboard.  When it appears that all five of them will drown, a pair of dolphins show up and rescues them.

The five wash ashore on an island, where everyone is safe, and the kids are no longer sick.  But no one knows where they are, because the island has an active volcano (and there shouldn’t be one in that part of the ocean), and Michael not only cannot find the North Star, he doesn’t recognize any constellations.  The next day, while exploring the island, Sam meets an old sailor named Slick (Jerry Hardin).  Slick takes everyone in his army jeep to a nearby makeshift town named Alien Oceanus, which has a population of 58 and he is the mayor.  As everyone in town begins to welcome the new neighbors, John asks about getting off the island and back home, or at least calling for a rescue.  That is when Slick delivers the news that there are no phones or radios in town, nor is there any way they are getting off of the island, because they are trapped in the Bermuda Triangle.

All of the residents of Alien Oceanus are people who disappeared in the Triangle, and all of them have a role in the community.  Since Grace is a pediatrician, Slick asks her to work in the medical clinic, but all of the equipment is broken and most of the medicine is expired.  The group also start meeting the town’s residents, who all tell similar stories of how they ended up on the island.  While everyone is coming to grips with their new reality, John is determined to find a way off of the island, but he is not having any luck.  He and Michael are also looking for the wreckage of their boat.  That’s because Sam is a diabetic, and his portable kit only has enough insulin for a few days, but there is a 90 day supply on the boat.

As the days go by on the island, everyone is getting used to their new lives.  Michael has befriended Amanda (Naomi Watts), the town’s gardener, and they begin a relationship.  She goes diving with Michael, and they find the boat, but they can’t get to the insulin because some rocks are on top of the wreckage.  Annie spends most of her time swimming with her only friends, the dolphins.  Sam meets Mala (Michael Campillo), a child native in the jungle, and together they go exploring the island and the volcano.  But Sam loses his insulin kit, and John, still frustrated about not being able to leave the island, yells at him.  As a result, Sam runs away with Mala.  As the townspeople look for Sam, John is working with Slick to use dynamite to blow up the rocks that are preventing Michael from getting to his boat.  At the same time, the dolphins direct Annie to the underwater wreckage of an airplane.  She goes into the wreckage and finds a medical bag and takes it back to the island.

John returns to town with the insulin kit, but the syringes are missing.  Annie then arrives with the medical bag, which contains several items including syringes.  At this time, a storm arrives, stopping the search.  But the townspeople did find Sam’s pocketknife near the entrance to Mala’s village.  Slick knows about the natives, and he says they keep to themselves and are harmless.  John takes the insulin and goes into the cave that leads to their village, but he loses the insulin in the process.  Sam, who has since fallen in to hypoglycemic shock, is given a natural remedy by the natives and wakes up just as John arrives.  He is no longer showing any signs of the diabetes and doesn’t need another insulin shot.

The final scene takes place some time later on the beach.  John admits to Grace that they may never be able to leave the island.  While he won’t give up hope that one day they will find a way to leave, John, Grace, the kids, and Michael are willing to call Alien Oceanus their new home for now. 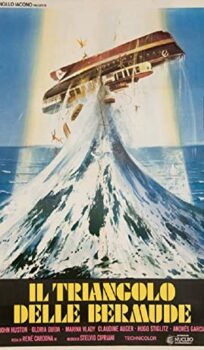