During the preparations leading up to the game, the whole town of Taft experiences a great revival, and Jack’s (Robin Williams) and Reno’s (Kurt Russell) marriages also regain their spark.

Bakersfield hammers Taft in the first half of the game, leading 26-0. In the Taft team’s locker room just before the second half, Jack shows Reno the Bakersfield Tigers mascot costume head that he had, confessing that he was the one who trashed Gigi’s Bar in the costume in order to make Taft face Bakersfield when they earlier didn’t want to. Reno becomes angry with Jack, but Jack manages to light a fire under Reno by using reverse psychology on him, telling him that he was indeed a fool for trying to rouse Reno to action because Reno wasn’t the quarterback – or the man – that he used to be. This causes Reno to bring back his “prick-like” attitude from his high school football days, where he demanded for all of his teammates to play superbly. He uses this mentality to force the team to do better, and it works, with Taft tying the game 26-26 with just five seconds left to play.

Before the final play commences, Jack tells Reno to throw the ball to him so he could get the winning touchdown and in the process eradicate the memory of his past failure. As the seconds wind down, Reno throws the ball to Jack the same way he did before, but this time Jack catches it and scores the touchdown. Jack becomes a hero, and he and Reno go home with their happy wives. 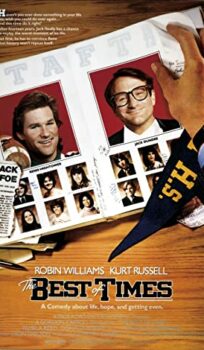