A housewife, Jamie Taylor (Melissa George) is being held hostage along with her son Michael by a man named Alek (Oded Fehr). Alek tells Jamie her husband Kevin (Christian Campbell) was a heroin smuggler and stole 40 million from his boss Falco (Alice Krige). She has to figure out where he hid it or she and her son will die. Alek also reveals that Kevin and another traitorous associate Hader (who Alek previously killed) murdered his wife and son for no apparent reason.

Jamie is able to transfer the money with Alek giving his word that Michael will not be harmed. Falco arrives and tells Jamie that her son will die regardless. However, when Falco mentions a specific bank, Alek realizes she ordered his family killed and kills her henchman. Alek then kills Falco after she coldly states he wasn’t supposed to get attached to his family. Kevin shows up and shoots Alek and tries to spin a story about working with the feds, but Jamie knows he opened up the bank account on their wedding day. Kevin goes to kill her but Alek helps her disarm him and after a few tense words, Jamie kills her husband.

Alek, dying, tells her she can still save herself and Michael. She can transfer the money back to the crime bosses, and use the 4 million Kevin was paid to murder his family in order to start over. The police rush in (Jamie called 911) and Jamie leaves with her son as Alek dies from his wounds. The film ends with Jamie calling one of the mob bosses in order to return the money and get her life back. 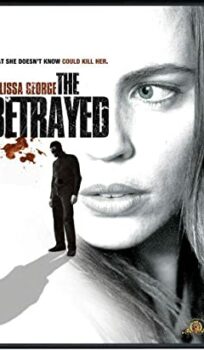