Valerie (Martha Vickers) is a wealthy heiress who is told she has a heart defect, and only has a short time to live.  She takes a trip to California, and meets Rick (John Bromfield), a con artist and womanizer.  Rick takes great interest in a wealthy lady who will die soon, and romances Valerie.  They marry, although he keeps his married girlfriend, Fritzi, on the side.

Instead of dying, Valerie’s health improves.  Rick decides to accelerate the process, by replacing her medicines with salt tablets.  When that doesn’t work, Rick devises a murder plan.  Rick shoots Valerie. Fritzi rents a cabin in Palm Springs, and Rick’s alibi will be that he was with Fritzi.  Fritzi even takes drinking glasses with Rick’s fingerprints and a necktie of his to leave there, and prove he was there.

The medical examiner determines that Valerie died of a pulmonary embolus, and was already dead when she was shot. Rick thinks he is safe from being charged. However, Fritzi’s jealous husband followed Fritzi and strangled her with Rick’s necktie. With Rick’s fingerprints all over the room and his admission that he was with her at the time of death, he takes the rap for her murder. 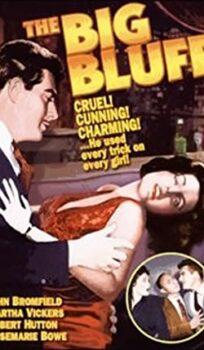