Melvin Smiley (Mark Wahlberg) falls in love with Kieko Nishi (China Chow). Cisco (Lou Diamond Phillips), who planned the kidnapping of Kieko, turns his back on the whole operation when he finds out that he kidnapped The Boss’ goddaughter. Cisco pushes the blame on Melvin and turns on him. Cisco gets involved in three shootouts with Melvin, ending in a video store. In the video store, Melvin stabs Cisco to death. But while Cisco dies in Melvin’s arms, he triggers a bomb. Melvin runs out to meet up with Kieko but sees The Boss and Mr. Nishi. Melvin runs back into the store and blows up with the building, killing him.

Kieko gets picked up from school a week later by Vince (Antonio Sabato Jr). Vince pulls the car over and Melvin gets in. The limo drives off and they all live happily ever after. 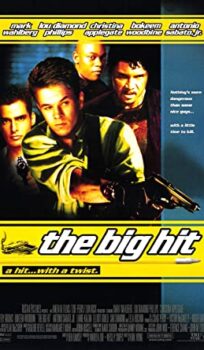