Michael’s protective instincts make him an unstoppable force on the football field with the aid and guidance of Leigh Anne. He also finds confidence in his teachers to orally examine him in order to pass him so that he can go to a good college.

Michael is visited by several coaches (playing themselves) to offer him a position on their football team if he is accepted to their school. After careful deliberation, Michael chooses Ole Miss. It is disputed by the NCAA that Michael chose the school because his adopted family the Tuohys purposely took him off the streets in order to send him to Ole Miss as it was their alma mater.

Ultimately, after a visit to the projects where he stands up to a gang that threatens his new family, Michael protests that Ole Miss was his choice because his family went there and turned out okay. Everything the coach promised to Michael and his surrogate brother SJ are delivered, and to this day the real Michael Oher is a star player in the NFL playing for the Baltimore Ravens.

The Tuohys never left his side and remain his family. 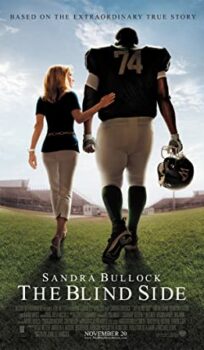