In a drug-induced jealous fit Rachel Marrons’ (Whitney Houston) sister Nikki had hired a hitman to kill her.  When said hit man breaks into the house and Nikki tries to stop him, he shoots and kills her before escaping.  He tries again at the Oscars, only bodyguard Frank Farmer (Kevin Costner) jumps in front of her, getting shot himself, before killing the hitman who turns out to be his friend Greg.  Tony loses an eye in the action, but both he and Frank survive.  The guy who was sending all the creepy letters never does anything. 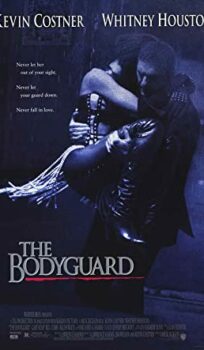