SHORT VERSION:
One day, the kids’ mother shows up at Albert’s mansion, but has some bad news: Their father’s plane has gone down behind enemy lines and he has gone missing. Their cousin Horace then finds the Psammead and tries to dissect him, but Robert intervenes and convinces him to have the Psammead grant him a wish instead. The Psammead tries to use his wish to do him harm, so Robert and his siblings step in and stop him, and Horace faints from shock. After entrusting the care of Horace to their mother, the kids get the Psammead back to its beach and wish for him to bring their father to them safely. Their father shows up on the beach in his plane, but since sunset is soon, and the Psammead’s wishes end every sunset, they quickly give him his compass before he disappears so he will know where to find them.

The next day, the kids learn from their mother that they will be going home to London soon. They make friends with Horace and agree to share the secret of the Psammead’s existence with him, and then they all pay the Psammead one last visit, where they throw him a party for his birthday and spend the whole day with him before saying goodbye. The day after that, before the family goes home, the father shows up alive and well, and they all have a happy reunion.

Robert narrates a message to the Psammead promising that he will never forget him or the adventures they’ve had, and we see that the beach the Psammead lives on is not in another world, but is at the bottom of the cliffs behind Albert’s mansion.

LONG VERSION:
One day, the children’s mother (Tara Fitzgerald) shows up at Uncle Albert’s (Kenneth Branagh) home, but she informs the kids that their father’s (Alex Jennings) plane went down behind enemy lines and he has gone missing. A despondent Robert (Freddie Highmore) tries to look for his father’s compass, but discovers it has disappeared. He then goes to see the Psammead (the titular “It”) and asks him to make a wish to help his father, but he informs him that, since it is nighttime, he can only grant his wish in the morning. Robert sleeps alongside him that night so he’ll be able to make his wish the second morning comes, but as they sleep, Horace (Alexander Pownall) – having followed Robert there – kidnaps the Psammead and takes him to his laboratory.

Robert awakens to find the Psammead missing, and suspecting Horace of having caused his disappearance, he heads down to his laboratory and finds him getting ready to dissect the Psammead. When he tries to stop Horace, he shows that he has the compass in his possession, which he took for “extra insurance” to keep Robert from interfering. Robert brings up the Psammead’s wish-granting capabilities, and suggests to Horace that he make a wish instead. After some prompting from the Psammead, Horace wishes for his Tyrannosaurus egg to hatch. As Robert runs off to get help from his siblings, a Tyrannosaurus comes out of the egg, and the Psammead magically grows it to full size, intending to have it harm Horace.

Robert and his siblings then arrive, and Jane (Poppy Rogers) decides to save Horace by playing her violin for the dinosaur because “music soothes the savage beast.” She plays it badly, and this causes the Psammead to weaken and make the dinosaur disappear. Horace goes into shock, and Robert soon tells Cyril (Jonathan Bailey) to help the others get the Psammead back to the beach so it can regain its strength and grant their wish to see their father while he saw to Horace. He also hands Cyril his compass and tells him to give it to their father so he’ll know where to find them.

Cyril and the others get the Psammead back home, and though he initially tells them that Horace made the wish for today and they must wait until tomorrow to make theirs (which is also his birthday, he says), he consults his wish rulebook and finds out that since Horace’s wish hasn’t lasted the full day, they still have some wish allowance left over. They wish for their father to come home safely, and sure enough, he flies in on his plane, and they hug him. However, they quickly remember that sunset is soon, and the wish will end and he’ll disappear. Cyril hands him the compass before this happens, and Robert – who has entrusted the care of Horace to his mother – shows up and sees his father just before he vanishes.

The next morning, the children check up on Horace, and they make up for their hostilities by agreeing to share the secret of the Psammead’s existence with him. Their mother informs them that the papers say that it is now safe to return to London, so they will be going home soon. The children pay the Psammead one last visit, and they throw him a birthday party and spend the whole day with him before saying their goodbyes.

The day after, Albert has trouble getting the car to start so he can take them to the train station, so the children all agree to a game of hide-and-seek to pass the time, with Robert agreeing to be “it.” As he finishes counting down, his arriving father says the last number. Robert hugs him, and the other children and their mother soon follow. He then gives Robert back the compass.

Robert narrates his last message to the Psammead, promising him that he will never forget about him and that he will someday tell his own children the stories about all of the adventures they had. As the camera zooms out from the Psammead, we see that the beach he lives on is not in another world, but is at the bottom of the cliffs behind Albert’s mansion. 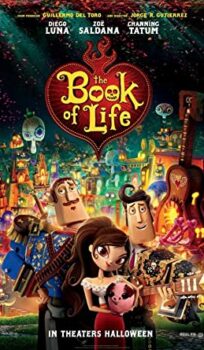