Matt (Eric Lively), John (Oliver Hudson) and Nicki (Michelle Rodriguez) make it to the compound on the island after hot wiring an old Mercedes that was left in the barn adjoining the house.

The rest of the friends have been brutally killed by the dogs that are all over the island. At the compound it is discovered that the dogs are vicious because they have had genetic experiments done on them (although no explanation is ever given as to why). This is also why people begin to change after being bitten. Unfortunately, the dogs have found their way back into the compound.

The trio makes their way to a large yacht and are heading out to sea with the rabid dogs looking on. Since Matt and John have both been bitten by the dogs, they must find a doctor before they succumb to the virus. John tells the others that he is going to go lie down. When he opens the door to the downstairs, a dog jumps out. 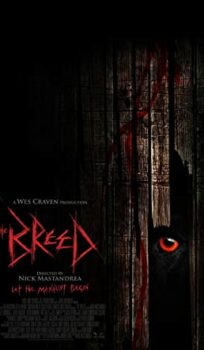