Julie Kohler (Jeanne Moreau) is a young woman who witnesses her husband’s murder on their wedding day.  As they are exiting the church, a single shot fires out and kills the groom.  After a failed suicide attempt, Julie decides to find out who killed her beloved David and seek revenge.

Julie tracks down each man one at a time, and pieces together what happened:  The men were part of a hunting club that were meeting in a room and drinking.  One of the men decide to pretend to shoot at the cross of the church across the street from them.  One man decides to load the gun.  Delvaux then picks up the gun and deliberately aims at the wedding party and fires.  It is hinted that he did not know the gun had been loaded.

Julie makes good on her vengeance: 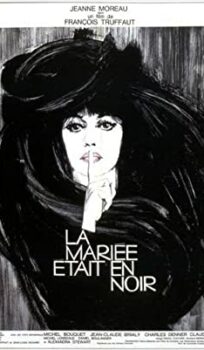