Every time a mirror breaks, it allows a person’s mirror image, a double, the opportunity to leave that world and cross into the real world. The double will proceed to kill the real person then take over their life as an emotionless doppelgangers.

The real Gina McVey (Lena Headey) is dead. Her double followed her home and killed her. The double then got into a car accident that resulted in amnesia and her believing she was the real Gina. When she finds the real Gina dead, she breaks down in shock for a few minutes before reverting back to her true self. By this time Gina’s father (Richard Jenkins), and the girlfriend of her brother have been murdered and “replaced”.

The next day her brother (who has not been killed) comes to see her. Realizing his entire family has been murdered he runs off scared at the fact he is alone in the world. The last shot is Gina’s double driving with a blank emotionless stare.

The film is ambiguous to whether this is an isolated incident or that is will continue to spread throughout London (the latter being better supported). 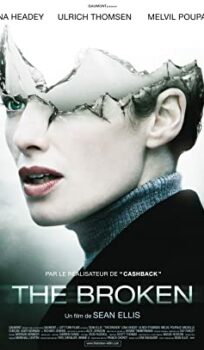