Hope (Melissa Rauch) is a gymnast who became famous after finishing a routine on a ruptured Achilles, earning her a bronze medal and the status of celebrity in her small town of Amherst, Ohio.  She will not move on from her past and has become a nasty, foul-mouthed woman who railroads her father.

When her former coach dies, promising in her will $500,000 if Hope trains an up-and-coming gymnastics star, Hope feels obligated to do so.  Not wanting to lose her status as the town’s star, she at first cruelly sabotages the teen girl but later changes her mind and gives her genuine pointers.

Meanwhile, a shy guy that she’s known from childhood begins a romance with her, as does a gold medalist male gymnast who harbors hatred towards her.

In the end, Hope finds out that there never was an inheritance; her dad made the whole thing up to encourage her to coach gymnastics.  Maggie (Haley Lu Richardson) ends up placing gold at the Toronto games and decides to be coached by Hope’s rival on her path to Olympics.  Hope then retains her position as the town’s only hero and she begins coaching girls at the gymnastics school that trained her to victory over a decade earlier. 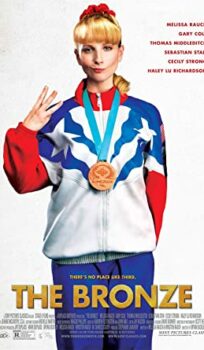