Leo (George Dzundza) falls for Stella (Mary Steenburgen) after watching her sing at Luis’ (Luis Avalos) bar (which she did after Marina [Demi Moore] told her that she had a vision of her doing it), and he starts having an extramarital affair with her. Meanwhile, Marina falls for Alex (Jeff Daniels), and through him, she realizes that Leo is not the man of her dreams and that marrying him was a mistake.

When each of them eventually finds out about who fancies who, chaos ensues. The stress of this, combined with the other changes Marina and her visions have caused in the lives of their mutual friends (since he feels they affect him in some way), drives Alex to his breaking point. He confronts Marina at her home and tells her that her psychic ability is just plain crazy and she must stop it, blaming it for all of the mess in his life and the lives of their friends. Marina angrily sets him straight, telling him that life IS messy and it takes guts to deal with it, and just because he didn’t understand her psychic ability didn’t make it crazy. She then makes him leave. Alex later goes over to Grace’s (Frances McDormand) house to seek comfort from her, but discovers that she is now pursuing a lesbian relationship with his girlfriend Robyn (Margaret Colin).

Leo comes home later on to find Marina packing her things, and she tells him that she’s going back to North Carolina. She apologizes to him for making a mess of his life, but he replies that he wouldn’t have had it any other way. He gives her back the wedding ring she gave him, and he later sees her off at the bus station.

Some time later, Alex – who has become miserable without Marina – spots a twin-tailed comet in the sky, and remembers the conversation he had with Marina about how they both saw one just like it the first night she came to New York and how she knew it was a sign that love was on its way. He takes this second comet as a sign to go to her. He heads to her grandmother’s house, finds her, and tells her that he believes in her and loves her. She gives him the wedding ring, and they kiss.

The movie closes with Marina and Alex’s wedding reception at Luis’ bar, with Leo, Stella, and all of their other friends in attendance. 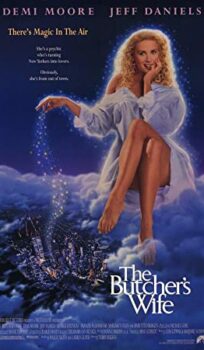