Christian (James Deen) has been dating and living with Tara (Lindsay Lohan) for about a year. His assistant is Gina (Amanda Brooks), who also works in PR. Gina’s current boyfriend is Ryan (Nolan Funk).

Tara and Ryan dated several years ago until she broke up with him for Christian. They have started sleeping together again a month prior, when Tara helped get Ryan cast in an independent horror movie that Christian is financing. Christian is sleeping with Cynthia (Tenille Houston), his yoga teacher. Christian and Tara also, on a fairly nightly basis, find random strangers on the internet for group sex.

Ryan is still in love with Tara and convinces Cynthia, his old acting classmate (whom he dated before he started dating Tara) to text Tara that they needed to talk. Cynthia makes up a lie about dating Christian and him slipping her roofies to allow a group of men to gang rape her. Christian, finding out about Tara’s current affair with Ryan by having his IT guy hack into his facebook and stealing Tara’s phone, decides to make his life a living hell by having him followed, having the movie producer blackmail him for gay sex, and draining his bank account.

Tara comes home after talking to Cynthia and Christian reveals a foursome he had set up. The four of them (two men, two women) engage in group sex, where ultimately Christian gets fellated by the other man.

Tara tries to find her phone after the foursome but Christian, angry from the night before, pushes her against the wall. He goes to talk to his shrink, Dr. Campbell (Gus Van Sant) and talks about his loss of control and how much he dislikes it, however his father will cut off his trust fund if he doesn’t continue to see the shrink. Ryan tells Gina he’s been sleeping with Tara and loves her and she kicks him out. Christian goes to see Cynthia and casually confronts her about what she said to Tara. He then snaps gloves on and pulls out a knife.

Ryan tries calling Cynthia but Christian picks up, saying, “What have you done?” Ryan arrives at Cynthia’s and finds her dead with her throat slit.

Christian arrives home and finds Tara with all of her bags packed. She insists he tell her he’s okay with her leaving and he agrees as long as she acts as his alibi for the afternoon. He also tells her if she’s ever in contact with Ryan again, he will kill Ryan.

Fast forward to some time later, and Tara is out to dinner with her new boyfriend and friends of his. The other woman is asking question after question about the murder, Christian and if anyone was caught, but Tara plays dumb the entire time. The girl then excuses herself to the bathroom and calls someone, asking if he wants her to ask Tara anymore questions. Cut to Ryan, alone and silent.. 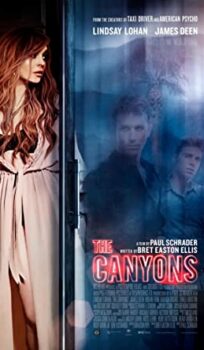