Chuck Scott ( Robert Cummings) is a penniless, hungry, unemployed Navy veteran. He finds a wallet with a lot of cash.  After buying a meal, his conscience gets to him, and he returns the wallet.  He finds himself in the mansion of a brutal gangster, Eddie Roman (Steve Cochran).  When Scott confesses taking a few dollars to eat, Roman is impressed with Scott’s honesty.  Roman hires Scott as his chauffer, to the great annoyance of Roman’s vicious henchman Gino (Peter Lorre).  Scott’s main duty is driving Roman’s wife Lorna (Michèle Morgan) along the beach every evening.  Roman is insanely jealous, and keeps Lorna locked up as a prisoner.  Lorna is desperate to escape. Lorna convinces Scott to buy tickets for Scott and Lorna to escape together to Havana.

Scott buys the tickets.  In Havana, Lorna is murdered.  The police are sure Scott did it.  Scott finds a photo, showing another man stab Lorna.   Gino burns the picture.  An old sales lady can testify that it was not Scott’s knife.  Gino murders her.  Then, Scott wakes up.  Everything in Havana was a dream.  Scott has a mental breakdown, related to PTSD from his military service.  Scott does not remember who he worked for, why he has the tickets, who he bought the tickets for.  Scott returns to his military psychiatrist, who helps him settle down and sort it out.

When Scott remembers, he goes back for Lorna.  They head to the boat to Havana.  Roman finds out.  Roman and Gino take off after them.  Roman is driving like a madman, trying to get there before the boat sails.  The car crashes, killing Roman and Gino.  Scott and Lorna are now free to start a new life together. 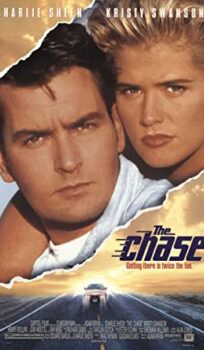