Company security teams try to kill Jack Godell (Jack Lemmon), to prevent him from revealing unsafe conditions at the nuclear plant. He escapes, then steals a gun from a plant security guard and uses it to take over the plant’s control room. He demands the chance to speak to TV news reporter Kimberly Wells (Jane Fonda) and her cameraman Richard (Michael Douglas), so that he can show everyone in America how dangerous  nuclear energy is.

Just as the interview begins, the company sends a SWAT team to kill Godell and restore control of the plant to company management. During a live press conference, a company spokesman  tells reporters that Godell was a mentally unstable alcoholic, and that his concerns about safety were completely unfounded. Kimberly Wells challenges the spokesman, and convinces Godell’s closest friend and co-worker Ted Spindler (Wilford Brimley) to tell the truth, and not allow Godell to be slandered. Spindler agrees, and tells the viewing public that Godell was right. The unsafe conditions at the plant are revealed on live television. Kimberly hugs Richard, and the movie ends along with their broadcast.

Greg B notes… (The fact that the plant’s officials were willing to have Jack killed in order to silence him is meant to mirror the mysterious death of Karen Silkwood, who had been working with a reporter about safety irregularities at the nuclear power plant she was employed at when she was killed in a mysterious car accident.  Karen Silkwood was later played by Meryl Streep in the 1983 film Silkwood.) 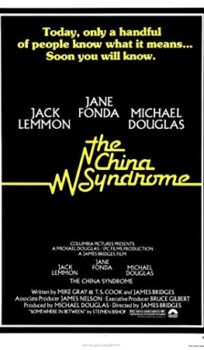