After escaping from Cairo so Brittany can avoid becoming engaged to the young sheik whose merceneries captured the chippettes for Jamal, the nemesis of sibling international diamond smugglers Claudia and Klaus, the girls are forced to make a detour to Antarctica to return the sheik’s engagement present, a baby penguin to its family. The grateful colony helps the girls fend off henchmen sent by Claudia after she was alerted to the detour. During the struggle, one of the chippette dolls has its arms ripped off, revealing the diamonds within. The girls open one of the chipmunk dolls and discover the money inside. Horrified at realizing the true purpose of the balloon race, the girls realize they need to find the boys, believing them to be in danger.

Meanwhile, Alvin, Simon, and Theodore are captured by jungle natives who believe Theodore to be their Prince of Plenty, making Alvin and Simon his slaves, but they are to be sacrificed during the full moon. The boys sing Wooly Bully to charm the natives and stall the ceremony long enough for the girls to come to their rescue.

Back home, Claudia discovers that her butler Mario is an informant for Jamal who is finally revealed to be an inspector for Interpol. The next day, the boys and girls crash land their balloon at the airport after nearly being hit by the plane carrying Dave back home from his business trip. After a brief confrontation and chase, the children are captured when Claudia tricks them into believed that she and Klaus have taken their babysitter Miss Miller hostage. They are forced into the car where they have Mario tied up, bound for their private jet to Costa Rica. Dave, with help from Jamal, pursues the car, only to be stalled by a car crash. While toasting their success, Klaus and Claudia are run off the road by Miss Miller who is absentmindedly driving down the wrong way on a one way street to pick up Dave from the airport, allowing Dave and the police to catch up. Dave reunites with the children while Jamal finally arrests Claudia and Klaus, who sarcastically toasts his sister seeing as it was her plan that ultimately led to their capture. 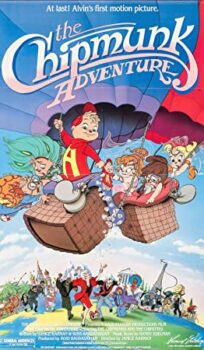