The day after Charlie Bratley (Thomas Curtis) has been kidnapped by Billy (Justin Chatwin), Lee (Lou Taylor Pucci), and Crystal (Camilla Belle), Dean (Jamie Bell) decides to sneak into Troy’s (Josh Janowicz) house and find his stash of drugs hidden somewhere in his bedroom (a task made tricky by the fact that his mother Carrie [Glenn Close] is in the house), having decided to get them for Billy so he can exchange them for Bratley just like Billy wants. As he starts to search the room, he takes a few of his antidepressants, and he soon looks in the room’s full-length mirror and has a brief but very unsettling hallucination of Troy hanging from the ceiling again with a noose around his neck. Before disappearing, Troy speaks to Dean, telling him not to ignore him. Dean soon finds a bag full of drugs in a hole in the wall behind the mirror, and after sneaking back over to his house with it, he calls Crystal and tells her that he has the stuff before instructing her to bring Bratley to the Promenade Mall so they can make the trade. Crystal apologizes to him for the situation they’re in, and Dean mentions that his father, William (William Fichtner), thinks that he is crazy and has made him his favorite subject in his psychiatry books. Still, Crystal tells him that she doesn’t think that he is crazy.

However, in between Dean’s phone call and his telling his mother Allie (Allison Janney) that he is going out, his brother Charlie (Rory Culkin) (whom Billy originally intended to kidnap to ensure that Dean would get the drugs for him) secretly switches out the drugs with some of Allie’s Veggie Force vitamins. When Dean meets with Billy, Lee, Crystal, and Bratley at the mall, Billy checks the bag and finds the vitamins in there, angering him and causing him to start a brawl with Dean. A passerby soon pulls Dean off of Billy, and Lee falsely claims that Dean attacked Billy without provocation, so the bystander keeps Dean restrained and tells his wife to call the police while Billy, Lee, and a reluctant Crystal leave with Bratley.

Dean is brought to the police station, and after William later meets him there, he is questioned by Lou (John Heard) – a police officer who is also Bratley’s father – in his office. He tries to explain the whole situation he is having with Billy and company and tells him that they kidnapped a Charlie, in addition to mentioning that he knows that his brother switched out the drugs with Veggie Force vitamins, but William doesn’t buy his story, and neither does Lou because there is no missing person’s report out on anyone named Charlie. After Dean randomly finds out that Lou is Bratley’s father, William asks Lou to have a chat with him outside of his office so they can work out the issue with Dean in private, leaving Dean unable to tell Lou that his son was the one who was kidnapped. However, Dean notices a picture lying face-down on the desk. After checking it out and discovering that it shows Bratley, his mother Terri (Rita Wilson), and Lou, he holds it up to the camera recording his interrogation and points at Bratley, and silently shakes his head. Dean is ultimately allowed to go free, but his father puts him on a stronger antidepressant when they return home. Shortly afterward, Charlie takes the drugs he switched out, crushes them into powder, and – as some kind of a twisted joke – secretly puts it all into a casserole that Allie is making for Troy’s memorial service, which is taking place at his house tomorrow morning. Meanwhile, Bratley is taken to Lee’s house and locked up in Lee’s bedroom.

The following morning, Lou goes into his office and accidentally turns on the recording of Dean’s interrogation, and he watches as Dean points to Bratley in the picture. Thinking that there might be a kernel of truth to what Dean told him, he decides to go to Terri’s house to see if his son is there. He arrives while she is making preparations to marry the town mayor, Michael (Ralph Fiennes), in that house that day and asks her where their son is, but she replies that she doesn’t know and tells him – based on what Crystal’s mother Jerri [Carrie-Anne Moss] told her the day before – that he is out “gallivanting” (with Crystal, Billy, and Lee). Meanwhile, Lee has developed cold feet about the whole kidnapping scheme by this point, so he approaches his parents before they leave for Troy’s service and tells them that he and his friends have kidnapped Bratley and he doesn’t know what to do. They initially think it is all just a sick joke, and Lee soon retracts his confession when they start to take it seriously and think about calling the cops. After Crystal unsuccessfully tries to convince Billy and Lee to stop this messy situation, she goes to Dean’s house for help.

She finds him up in his bedroom, where he is listening to loud music and has already trashed everything in there. What’s worse, he is high on his new medication and is having another hallucination of Troy hanging from the ceiling with the noose around his neck, but this time he is having a back-and-forth conversation with him. Dean tries to get the confused and slightly disturbed Crystal to join in on their chat, but moments later, Troy makes the noose decapitate himself. Upon seeing this, Dean finally lets in the grief that he had been keeping at bay with the drugs, telling Crystal that he was Troy’s best friend, but he had no idea that he wanted to kill himself and wishes that he could’ve stopped him. He then tries to take another one of his pills, prompting Crystal to try to get the bottle out of his hands, which results in him losing all but one of the pills in the house’s ventilation system. She then tells him that Bratley is going to get hurt, and she came here to get his help in preventing that because nobody else cares. Dean looks at the pill he saved, but he soon gets rid of it, and Crystal hugs him. Meanwhile, William goes to Michael’s and Terri’s wedding while Allie goes to Troy’s memorial service right across the way, and her casserole is eaten by everyone except her and Carrie. The mourners subsequently become intoxicated and behave very inappropriately.

Meanwhile, Lou is nearby searching the neighborhood in his cruiser with the sirens going, and when Lee hears the sirens, he goes up to Billy and tells him that if the cops find Bratley, they will know that they kidnapped him and they will get thrown in prison. Billy responds by asking him what he wants to do, and Lee says – in a paranoid and unsure tone – that he is going to kill Bratley. Billy encourages him to do so, and he soon gives Lee his knife to commit the act with. Lee hesitantly gives Bratley a slight wound on his stomach on the first stabbing attempt, but just after Lee stabs him hard in his left thigh on the second attempt, Bratley fights him for possession of the knife. Billy moves closer to them to assist Lee just as Dean and Crystal show up, but Bratley pulls the knife out and slashes Billy’s right eye with it. Billy stumbles outside screaming for help, and Bratley tells Lee that he is going to kill him, but Dean can talk him out of it and get him to surrender the knife to him. Billy wanders down to the street where the memorial service and the wedding are taking place, and his continuous cries for help get the attention of everyone at both gatherings. Lou then speeds up to the scene, but he gets distracted by the sight of Terri in her wedding dress, causing him to hit Billy with his car. The impact sends Billy up into the air, and he comes crashing down right onto the windshield and hood, knocking him out. Dean and Crystal then show up with Bratley and get him to his parents.

Dean goes inside Troy’s house to talk to Carrie, where she finally sheds her façade of cheerfulness and tells him that she blames herself for Troy’s suicide, then says with shame that she didn’t know anything about him. Dean proceeds to tell her everything that he knows about Troy (as well as telling her that Troy liked her), then says that he misses him and hates himself for not knowing that he was planning to take his own life. Carrie smiles sadly and thanks him.

Troy – who is narrating the film’s events from the afterlife as the Chumscrubber, the title character from a popular video game – reveals what became of everyone afterward: 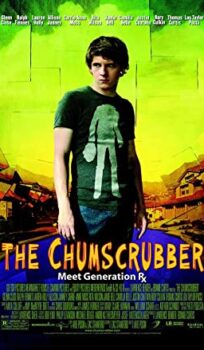