While looking for his little brother, One (Ron Perlman) and Miette (Judith Vittet) are captured inside the lair of the blind army. Marcello (Jean-Claude Dreyfus), the former freakshow boss of the Siamese twins running the children’s pickpocket operation out of the orphanage, rescues One while the Diver (Dominique Pinon) rescues Miette. Miette and her crew then rescue One from Marcello and they make their way to the docks to go after the little brother who has been delivered to Krank (Daniel Emilfork).

Krank is still trying to steal dreams from children, but they’re all so afraid of him the dreams are nightmares and he’s still desperately unhappy.

While disembarking, One and Miette escape the clutches of the Siamese Twins with the help of Marcello and his fleas (that’s right: his fleas). One, Miette, and, unbeknownst to them, the Diver, all head to the offshore laboratory/home of Krank, his wife, the floating brain (uncle Irvin), and the six clones (all played hilariously by Pinon). Miette enters Krank and the little brother’s shared dream and rescues the boy while causing Krank’s death. She, One, and all the children in the lab escape by boat.

The Diver, meanwhile, has rigged explosives all over the lab and tied himself to it – he was Krank’s brother and the source for all the clones before Krank tried to kill him and he (the Diver) retreated to his underwater hideout to live in seclusion. Now he wants to wipe their experiments from the planet. As he watches his clones row away with the brain in the tank, he decides he wants to live, but a bird lands on the old-school TNT plunger and he and the lab are blown up. 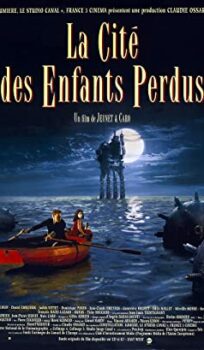