Despite all the mercernaries being killed, Arkin (Josh Stewart) is able to save Elena (Emma Fitzpatrick) from The Collector thanks to the help of a dying Lucello (Lee Tergesen). They are rescued by the fire department and Elena is reunited with her father, Mr. Peters (Christopher McDonald) who we are left to assume will hold up his end of the bargain with Arkin. Arkin discovers The Collector got away despite being set on fire by him.

Some time later, Arkin tracks down The Collector and traps him in one of his own trunks intending to torture him the same way he did to Arkin, and then kill him so he can’t hurt anyone else ever again. 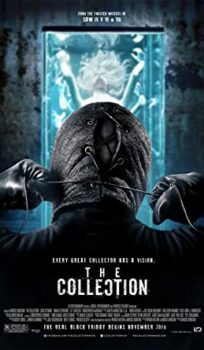