Will Andersen (John Wayne) is a Montana cattle rancher who needs to move hundreds of cattle to market.  The men he hired for the cattle drive desert him, to run off to the gold rush.  Will hires a group of school boys to handle the cattle drive with him.  Will teaches these boys to be men, and to be cowboys. 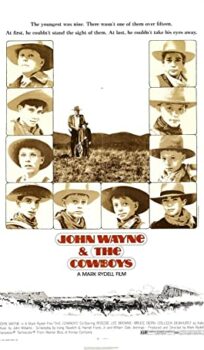