Dr Highley is doing illegal secret research on middle aged women, trying to discover a youth serum.  When a patient threatens to go to another doctor and expose him, Dr Highley kills her. He returns her body to her house, and tries to make it look like a suicide.

Kathy DeMaio (Lauren Hutton) is the district attire investigating, along with her boyfriend, Dr Richard Carroll, who is the medical examiner.  They can tell she was murdered elsewhere, and moved to her house. They suspect her husband, who was having an affair, and lied about his whereabouts that night.  One of Dr Highley’s office employees tells him she will go to the police.  Highley kills the employee at her home that night.

Kathy is in a traffic accident, and is taken to Dr Highley.  Dr Highley lies and tells her she needs surgery.  His plan is to kill her and stop the investigation of his patient’s death, before they suspect him.  Kathy realizes Highley is acting strange. She pulls her IV and tries to escape.  He follows her to the hospital basement, where he admits that he needs to kill her to continue his research.  He tells her he gave her a potent blood thinner, so she would “accidentally” bleed to death during surgery.  Now, he can leave her to bleed to death in the basement, and avoid any questions about the surgery.

The original dead lady had an uncle who was a doctor.  He informs the police of his suspicions off Dr Highley.  They get a warrant.  In Highley’s office, they find the records of his illegal research, as well as evidence he killed the dead patient.  Kathy’s secretary informs them that Kathy was in the hospital for surgery with Highley.  Richard rushes to the hospital with the police.  Highley denies knowing where Kathy is, and claims she left the hospital on her own.  Richard follows the trail of blood drops to the hospital basement, where he finds her, in time to save her. 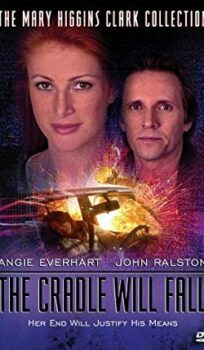