After Chris (Skeet Ulrich) forces himself onto Sarah (Robin Tunney) and she flees to the safety of her friends/coven mates Nancy (Fairuza Balk), Bonnie (Neve Campbell) & Rochelle (Rachel True) where she explains what happened to all of them, Nancy goes to a party Chris is at to make him pay. Sarah, Bonnie & Rochelle arrive there some time later, but not soon enough, and Sarah helplessly watches as Nancy kills Chris. Things get worse for Sarah as Rochelle and Bonnie end up turning on her and siding with Nancy, brought on by some sort of side effects of the spells they cast to better their lives, and the trio proceed to monitor Sarah’s every movement and thought.

Sarah goes to see Lirio (Assumpta Serna), the owner of the occult shop the girls frequented, and she takes Sarah to the back room that she and the others were originally forbidden from going into. She learns that her deceased birth mother was a powerful witch, and that she can defeat those who challenge her but she has to surrender herself to the higher power, that she must invoke the spirit of Manon (the deity the girls worship). Sarah protests, telling her Nancy did it and it made her crazy, but Lirio tells her that Nancy took it to a dark place, implying that she wasn’t using her powers the right way. Nancy and the others then attack the store, causing Sarah to flee for home. She makes it back but is soon under attack from the trio. She eventually uses a spell to make Bonnie and Rochelle undergo a very emotional hallucination and send them running, and after hearing her mother’s voice calling out to her with words of support, she then invokes Manon and is given seemingly great power. She confronts Nancy, and tells her that Manon spoke to her, and that he told her to tell Nancy that she has abused what he has given her and that she was going to pay for doing that. She toys with Nancy with a hallucination, and despite Nancy apologizing to try and save herself, Sarah then tells her that she binds her from doing harm against others and harm against herself. Nancy and her then fight, but Sarah manages to defeat her and repeat the same spell to her again.

Some time later, Bonnie and Rochelle come to Sarah’s house and apologize to her for what happened, trying to save their necks from the figuratively-speaking chopping block, but when they doubt if Sarah had any powers left after that night, Sarah shows them that she still had them and puts them in their place, warning them to be careful or they’ll end up like Nancy. It then shows Nancy strapped down on a bed in a mental hospital, ranting and raving. 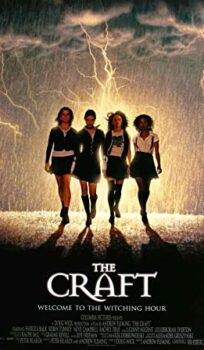