British commandos find the IRA hideout and accidentally kill Jody during a rescue attempt. Fergus escapes, and makes his way to London, where he gets a job under the alias “Jimmy.” He tracks down Dil and begins a passionate love affair with her. Later, he learns to his horror that she’s not a woman, but a male transvestite.

Jude finds Fergus and tries to involve him in a new IRA plot. Dil shoots and kills Jude. The grateful Fergus takes the rap for Dil and goes to prison for Jude’s murder.

In the film’s final scene, Dil visits Fergus in prison. It’s unclear whether they will ever be lovers again, or if they’re just friends now. 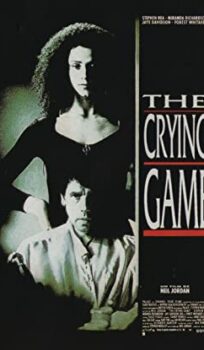