The movie opens with police finding the dead body of mobster Nick Prenta in the Nevada desert.  In his pocket, he has pictures with wealthy heiress Lorna Forbes.  The police wonder why a mobster would have pictures with her.  The rest is told in flashbacks.

Ethel Whitehead (Joan Crawford) is married to an abusive stingy man.  When their only son dies, Ethel decides to make a new life for herself.  She leaves her husband and goes to New York.  There, she uses various men to move up in the world.  She works in an illegal casino run by the mob.  Mousy accountant Martin Blackford falls in love with her. Through her, Martin becomes bookkeeper for the casino.  Martin rises to a high position in the mob, because mob kingpin George Castleman sees Martin as a timid follower who will never challenge him.  Ethel becomes Castleman’s mistress.

Ethel creates a new persona as Lorna Forbes, to be accepted in high society, while living off Castleman’s money.  Castleman is concerned that the West Coast syndicate, led by Prenta, is turning against him.  He needs a spy that he can trust.  “Lorna Forbes” is the perfect spy, as Prenta will go after any rich beautiful woman staying in his hotel.

Lorna/Ethel stops reporting back, and Martin is sent to see why.  She is surprised that after his years in the mob, he is no longer timid, but forcefully demands that she provide information.  Prenta has a meeting that night, and she goes back to learn all the mob bosses present.  When she returns from the meeting, she is surprised to see Castleman.  Castleman realizes that she has turned against him, and begins to hit her. Martin defends her.  Just then Prenta arrives.  One of the other mob bosses recognized Lorna/Ethel, and Prenta is there to deal with her.  Castleman shoots Prenta, and Ethel escapes.  Martin and Castleman dump Prenta’s body in the desert.

Ethel returns to her in-laws house, where she lived before with her husband. They are not very welcoming, but there is no where else she can go.  The next day, Martin arrives and warns her that she must run as Castleman will track her there.  While they talk, Castleman arrives.  When Castleman shoots at Ethel, Martin shoots and kills Castleman.  Too late, Ethel realizes that Martin was the one man who really cared for her. 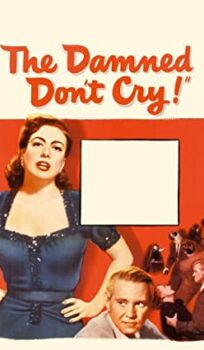